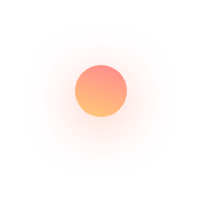 Library Journal readers include library professionals from public, academic, research, and institutional libraries from the United States, and around the world, as well as publishers and vendors with an interest in serving libraries and their patrons. They rely on our publications, events, and research to help navigate the challenges facing their respective institutions, and provide relevant materials and services their communities need.

In the 140 years since it was created, Library Journal has been inspired by the belief that libraries transform lives, at every stage of life. It was there to help libraries in the United States begin organizing as a profession, and as the national and global network of libraries took their place in town squares, campus centers, and schools. As libraries have adapted, LJ has been there all the way–leading the profession forward by identifying trends on the brink of impact, surfacing best practices and innovations to invest in, identifying emerging leaders, sharing important news and perspectives that shape the field, guiding purchasing decisions, acting as an advocate for librarians and libraries–leading the field through the great changes and innovations required to keep libraries strong. Each day the magazine builds on this storied tradition by fueling the innovation engine at the center of every community–your library. The ad will be visible to over 35 million print readers in the U.S.